Then again, it would have to be priced aggressively, as the iPad2 is due to be announced…tomorrow! And as soon as the iPad2 is announced, the original iPad will tumble in price, so the Xoom needs to be pitched at around the £450 – £500 mark if it’s to make any kind of impression in the tablet market. 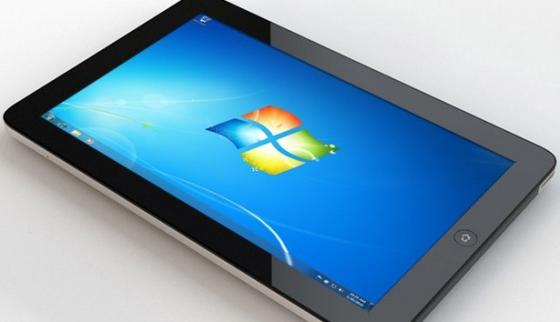 What to expect from a Windows 8 tablet

Speaking of impressions, a company that’s been making an increasingly poor impression recently is Microsoft. First, its Windows 7 tablets that it showed off at CES stubbornly refused to set the world on fire, with the tablet format making them look as old fashioned as Nokia’s Symbian.

There’s something about Touch as a way of controlling a device – you just need a whole new user interface to make it work effectively. Nokia didn’t bother with Symbian, and look what happened to that. And now Microsoft is facing the same problem with Windows 7, which looks and acts awful on a tablet.

Microsoft need to be worried – according to TechCrunch, nearly half of its readers now browse its Website using an Apple device (either a Mac, iPad or iPhone). Just a few years ago, this would have been inconceivable.

So will Windows 8 bring with it a shiny new tablet-oriented interface? Well, probably – the company is certainly rumoured to be bringing some elements of Windows Phone 7 to Windows 8. And to be fair, Microsoft threw away the awful Windows Mobile and completely rebuilt Windows Phone 7 from the ground up.

Its problem, though, is that it can’t build Windows 8 from the ground up as it has to retain backwards compatibility with the existing eco-system of Microsoft apps. It’s a problem that faced Nokia with Symbian as well, and which has we know, cost them dear.

Personally, I don’t think Microsoft will be able to do it. It has a history of crap tablets, it’s currently seen as very uncool, and only Microsoft fanboys love Microsoft – and there are increasingly fewer of those around.

All the buzz is around Apple (which has now overtaken Microsoft as the world’s most valuable tech company) and Google’s Honeycomb. Microsoft is yesterday’s tech.

And speaking of Apple, they’ll be putting the boot into Microsoft even more tomorrow with their iPad2 announcement. I’ll be covering the launch in full, as always!

Now, where in the world can I get me a Motorola Xoom from?!