Since HP bought out Palm last year, they’ve been working on something rather tasty. It’s a new seres of tablets based on palm’s much-praised webOS software that feature a rather tasty set of interesting innovations.

I know what you’re thinking – every manufacturer and his dog is currently releasing a new tablet at the moment, and HP/Palm’s is not exactly going to set the world on fire. But you know, it just might, not only because it’s not yet another Android tablet, but simply because HP have a very intersting vision of where the tablet fits into our daily lives. 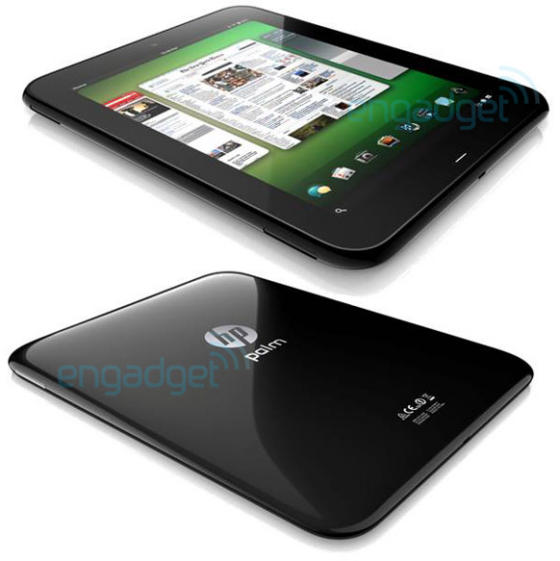 The two tablets themselves that HP/Palm are working on are nothing of the ordinary. One of them, called Topaz, is similar in size to the Samsung Galaxy Tab, while its bigger brother, called Opal, is a similar size to the Apple iPad.

Both will come with Flash support, they’ll offer true multitasking, and will look as beautiful as webOS did but with much better hardware than Palm could provide on its own. There will also be phone-to-smartphone communication, enabling you to answer an incoming phone call on your tablet.

HP/Palm are also focusing heavily on music with their new tablet, implying it won’t be seen as a business device. Not only will there be “preofessional-grade sound” built-into the tablet’s hardware, you’l also be able to access your entire music library via Wi-Fi or 3G no matter where you are.

Even more interesting, though, are two innovative little twists that HP/Palm have given to their tablets.

Tablets need power, and HP/Palm have given their shiny new tablet a wireless charging dock that also turns the tablet into something completely different. Called Touchstone, this new dock will turn the tablet into anything from an alarm clock to a photo frame, and even a GPS unit.

Tap the HP/Palm tablet with a PC or smartphone and the data and the state of the apps you’re currently working on will be instantly transferred to the new device. This has been done with smartphones before, but HP/Palm are promising to take this concept a whole step further by running apps in the cloud.

HP imagine you editing a document on your PC at work, and then, when it’s time for you to go home. simply tap your tablet onto your PC and the document – and everything else – is instantly transferred onto the tablet.

In practice, it’s only the state of the word processing app that will be transferred, as the document itself will be stored in the cloud. But to you, the user, it’ll be as if everything you’ve been working on is magically transferred between the two devices just by a single tap.

HP/Palm’s new tablets are just different enough that they might carve themselves a nice little niche in the tablet space. Furthermore, the concept of seamlessly sharing your data is similar in vision to Motorola’s new Atrix smartphone, which means that it’s a concept that’s likely to catch on.

In a very short space of time, we’re likely to have devices that will access a single computing session – one “computer” somehwere in the cloud that stores all your files, processes all your applications and represents you to your circle of friends, and which can be accessed anywhere on any device with a screen.

It’s a bold new world we’re entering, and HP/Palm wants to make sure it’s right at the front of it! We’ll know more on February 9th, when HP is holding a press event for an exciting webOS announcement.