Of the four Windows Phone 7 smartphones that HTC have released, the HTC HD7 in this review is the largest, with a whopping 4.3″ screen, and also the most similar to existing phones, being based on the same hardware as the HTC HD2, and with very similar features to the Android-based HTC Desire. 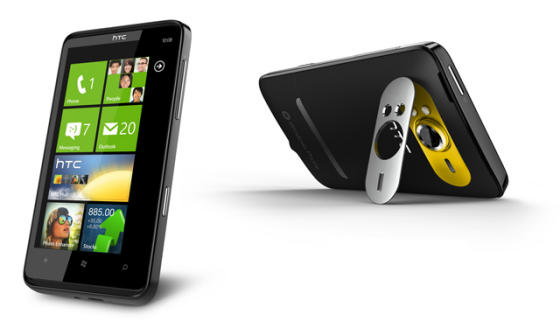 The HTC HD7 is a 4.3″ touchscreen smartphone with the new Windows Phone 7 mobile OS. In terms of features, the HD7 comes with a reasonable range, including 5 megapixel camera with dual flash, 720p video recording, GPS and the usual array of sensors, but nothing particularly exciting.

Indeed, looking closer, the HD7’s hardware is virtually identical to the Windows Mobile-based HTC HD2. The same screen, the same CPU (Qualcomm Snapdragon running at 1GHz), the same dimensions – the only difference is the keys on the front of the phone, with the HD7 having the obligatory three virtual keys that Microsoft insists its Windows Phone 7 devices all use. 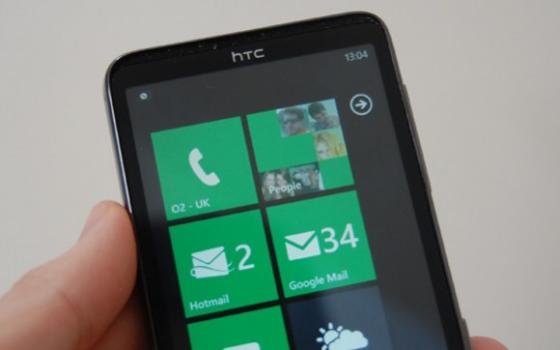 So with the same hardware as the HTC HD2, and the same software as the Samsung Omnia 7 (Microsoft won’t let manufacturers customize Windows Phone 7, so what you get on one WinPho7 phone is pretty much what you’ll get on them all), this could be the quickest review in the world! Just read the hardware bits from our HTC HD2 review and the software bits from our Samsung Omnia 7 review, and you’re done!

OK, OK, I’ll add more than that! But seriously, if I miss anything out, just refer to those two reviews for more details!

The HTC HD7, despite sharing many features with older phones, does have some excellent qualities, including:

OK, I’m struggling here! The HD7 is the same phone as the HD2, so its hardware features aren’t as great as you’d hope. The camera is average, beaten by HTC’s own HTC Trophy (another Windows Phone 7 phone), the screen is large but not the best quality, and the Qualcomm processor is last year’s model and so is decidedly slower than the current 1GHz Snapdragons you’ll find in the likes of the HTC Desire HD. 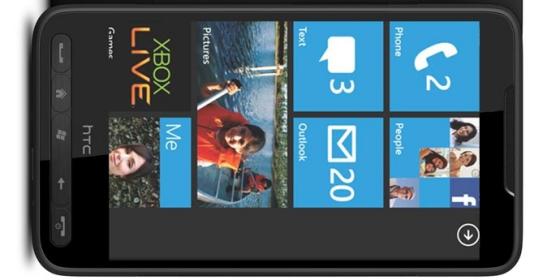 Because Microsoft won’t let manufacturers customize Windows Phone 7, every device is basically the same, just with a few tweaks. In the HD7’s case, it’s the big screen that’s its unique selling point, but it’s only 0.3″ larger than the Samsung Omnia 7, which has a much clearer display as it uses Samsung’s best in class Super AMOLED technology.

Should you buy the HD7?

So it doesn’t have the best screen of the Windows Phone 7 phones, its features are now over a year old, and it’s not a patch on the Desire HD, as like all WinPho7 phones, it can’t be customized and so doesn’t feature the glorious HTC Sense UI.

So why on earth should you buy it?

However much I love Android, I still take my hat off to Microsoft for producing a superb mobile OS. It’s not perfect – just read my Samsung Omnia 7 review to see some of the problems with it – but it is a great OS with superb responsiveness, and it’s this that makes the overall experience so good. 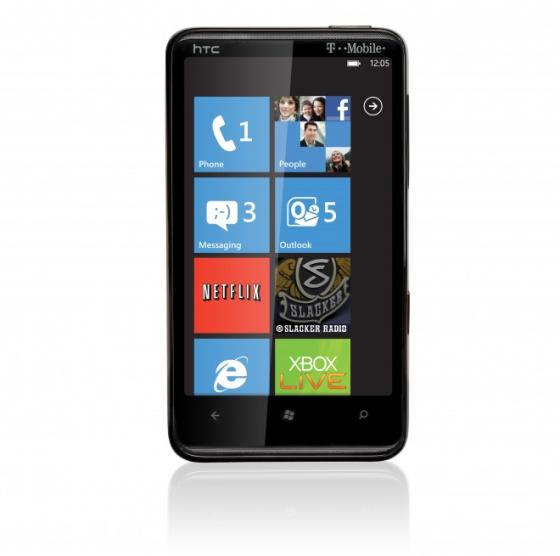 But combine WinPho7’s great usability with the super-thin size of the HD7 and its huge screen real estate and you get a seriously good overall phone experience. The Omnia 7 has the better quality screen, but the HD7 may provide a better overall experience.

The real killer selling point of the HD7, though – and the flip side of the fact its technology is actually quite old – is the price. It’s a brand new phone, yet already it’s on sale for just £30 a month – and you can bet that will fall sharply, as HTC don’t need to recover any design costs.

To help you make your mind up for yourself, here are some video reviews of the HTC HD7:

The HTC HD7 isn’t quite the WinPho7 phone we all wanted. It’s good – really good – but it’s not great. Choosing between the HD7 and Omnia 7 is going to be tough if you need a great WinPho7 device with a large screen. The Omnia 7 is arguably better, with more up to date hardware, but the HD7 is hardly a slouch, and it’s cheaper. You pays your money…

But there’s an elephant in the room – the HTC Desire HD! With the same form factor and size as the HD7, HTC’s Android-powered smartphone has a much faster CPU, a much better user interface (Sense UI on top of Android 2.2), a better camera (8 megapixels), and you can buy one for just £32 a month.

To help you out, here’s my advice:

If you desperately want a Windows Phone 7 device, buy the Samsung Omnia 7 if you can afford it; if you’d prefer the cheaper option, wait a bit and go for the HTC HD7. You won’t notice the difference as they both have identical user interfaces, but the camera and screen on the Omnia 7 are better, while the HD7 should soon be much cheaper.

If you don’t mind what mobile OS you want, then get the HTC Desire HD. It’s the best Android phone on the market, has better features than both the HD7 and the Omnia 7, and is cheaper than both! But then I’m an Android fanboy, so what do I know? ;)