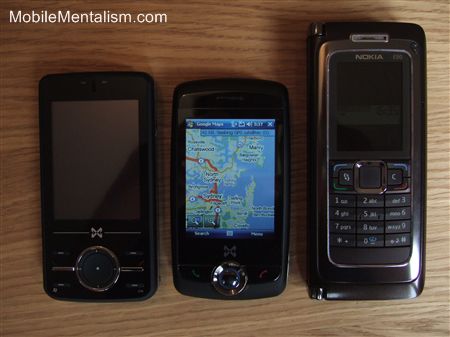 Time now for a hands-on review of the MWg Zinc II. Like its sibling, the MWg Atom V (above, left), the Zinc II (above, middle – the phone on the right is a Nokia E90 for comparison) is a Windows Mobile 6.1 machine complete with touchscreen, HSDPA, GPS, WiFi and a 2.0 megapixel camera.

This does make it rather tricky to review, as I’ll pretty much be repeating myself (not for the first time, some would argue!). As such, I’ll point you to the MWg Atom V review I did recently for the low-down of both devices’ core features, and concentrate here on the differences exhibited by the Zinc II.

Read on after the jump for the complete MWg Zinc II review. 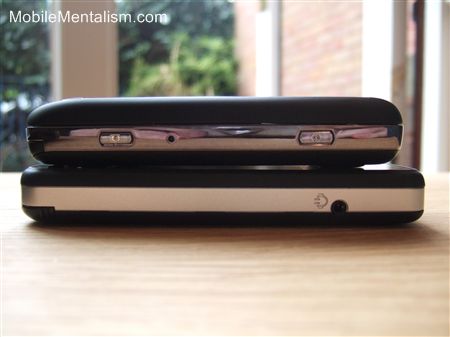 The MWg Zinc II is the successor to the old O2 XDA Zinc. Its overall shape is slightly smaller than the Atom V, though it’s obviously fatter as it has to squeeze a QWERTY keyboard beneath the touchscreen. 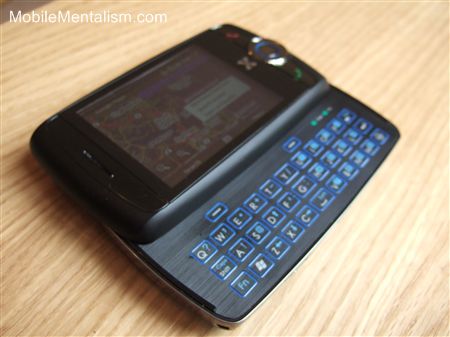 The keyboard is nearly identical to the Toshiba G910’s in terms of key layout. There are QWERTY keys, but no dedicated keys for numbers or punctuation, both of which you have to enter by first pushing a function key on the bottom left of the keyboard. This is annoying enough, but it’s doubly annoying when the key you’re trying to access is very close to the function key.

The exclamation mark, for example, doubles up with the A key, which is about 5mm away from the function key you need to push as well in order for the exclamation mark to be displayed. Unless you have thumbs the size of thumbellina, this is a real squeeze. 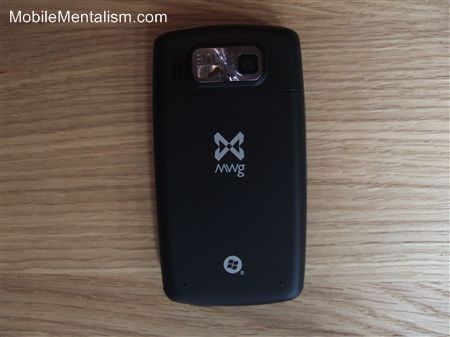 The keyboard isn’t as good as the G910’s, either. I didn’t like the G910’s keyboard, primarily because I prefer the Nokia E90’s. However, the G910 is far superior to the Zinc II’s, which is much smaller and gives you less feedback when hitting a key.

Indeed, given the fact that both the G910 and Zinc II are Windows Mobile-based smartphones with full QWERTY keyboards, selling for similar prices and with similar features, a comparison of the two seems inevitable, as they’re obviously competitors. However, despite having better features, the G910 is by far the poorer machine as it simply doesn’t work all that well, being slow and unresponsive. In contrast, and similar to the Atom V, the Zinc II fairly flies along, and does all the functions it needs to do with ease. 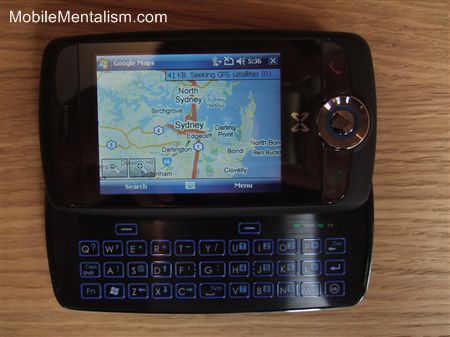 Connecting to the Web via WiFi or HSDPA is just as easy as it is with the Atom V. However, the GPS unit inside the Zinc II didn’t seem to work as well as the Atom V’s. The Zinc II could find the satellites without problem, but Google Maps couldn’t seem to use the co-ordinates provided by the Zinc II’s GPS chip. This wasn’t a problem with the Atom V, so whether it was just a software glitch or a user error, I’m not sure, but it’s worth highlighting, as there’s no built-in mapping application to use as an alternative.

One nice touch with the Zinc II is the fact that the screen switches smoothly and quickly between portrait mode and landscape mode depending on whether you’ve got the keyboard closed or open. 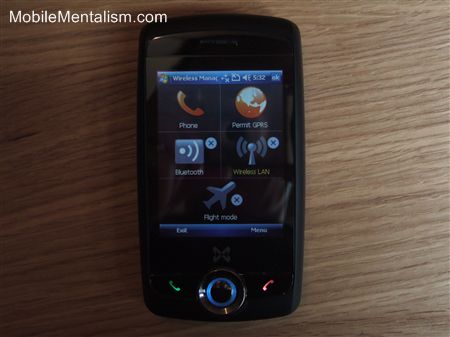 The software that comes with the Zinc II is also slightly different to that of the Atom V’s (and I do mean slightly!). There’s a different connection manager, for example, which lets you switch WiFi, GPS, Bluetooth and your phone on and off with a single tap of the screen. The GPS manager is also rather nifty, showing where the satellites are that it’s picked up.

And that, I think, is where this review must end, as everything else is as it was with the Atom V, so for more complete details on what you get for your money, read the Atom V review, and just add a QWERTY keyboard!

To summarize, I like the Zinc II, but feel it could have added a bit more than the Atom V. Given that the Zinc II is £100 more and all you get is a keyboard, I don’t think it represents good value for money when you compare the two. Indeed, at £400, the Zinc II is the same price as the G910, which, if it wasn’t for the poor performance and awful software, would walk all over the Zinc II. However, the G910 is riddled with flaws that make it unusable, whereas the Zinc II may not be innovative, but it works extremely well.

I’m going to recommend the Zinc II, but give it 7/10 rather than the 7.5/10 I gave for the Atom V, simply because I can’t see how the addition of a keyboard adds £100 to the price. A £50 difference would be acceptable, but £100 is far too much. That said, if you want a solid Windows Mobile smartphone and need a QWERTY keyboard, you should definitely make the Zinc II one of your options.