Samsung are another company with a thin presence at CES 2010, but they are at least there and have been showing off the Samsung W9600. This little beauty isn’t a smarpthone and certainly isn’t a superphone, but it does have one neat trick up it’s sleeve – a built-in projector.

Now projector phones aren’t new, but the technology is clearly getting smaller and better. The W9600 no longer looks an unholy fusion of phone and pico projector (as they’re called) it just looks like a phone.

You can beam anything from the phone onto a suitable surface (i.e. a wall). Not just pics, but even the phone’s user interface.

More pics of the Samsung W9600 after the jump. 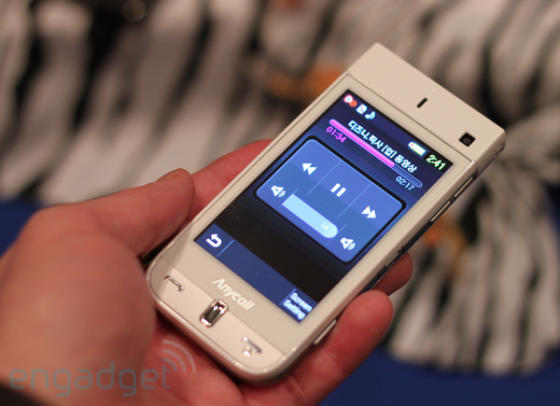 The phone itself is pretty ordinary otherwise, with a 5 megapixel camera and AMOLED display, and is destined only for South Korea.

The technology clearly works, but it’s not exactly proved itself, which is a shame as it has a lot of potential. With the latest trend being smartphones with 4″ screens and super-slick touch control, though, projector phones might not be the solution to the phone’s tiny screen that everyone thought it would be just two short years ago. 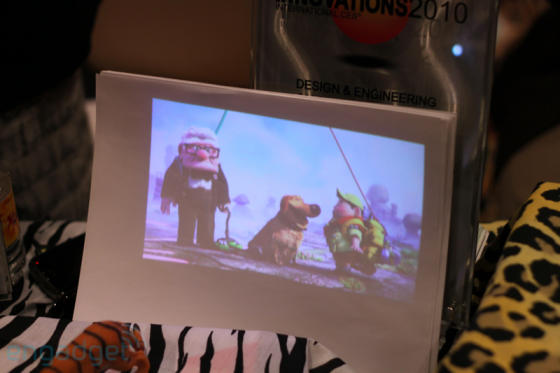 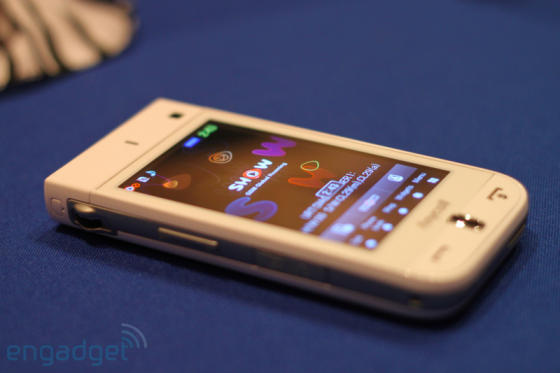