In what could be kindly described as a very technical press event at CES 2010, Qualcomm have revealed that their Snapdragon CPUs, which power smartphones such as the Nexus One and Lenovo Lephone, are set to get faster in the coming year – a lot faster! 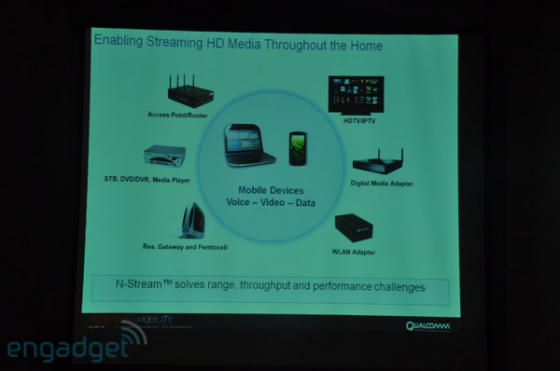 To put this in perspective, current HSDPA modems that you find on nearly all phones these days (apart from the entry level ones) will let you cruise the Internet at 3.2Mbps. LTE (Long Term Evolution) is effectively 4G, and supports download speeds of up to 100Mbps!

Add that to a chip that’s 50% faster than today’s fastest smartphone chip, plus comes with two processors rather than today’s one, and you’re set for smartphones at the end of the year that will more powerful than netbooks! Certainly, the data rate will be faster than your home broadband!

2010 is already shaping up to be a killer year for mobile phones, and yet there’s already so much more waiting in the wings!