Tantalising news reaches us of a new Sony Ericsson device using the brand new (and yet to be released) Windows Phone 7 OS from Microsoft. Regular readers will know that Windows Phone 7 is a complete rewrite of Microsoft’s ageing (and pants) OS, Windows Mobile, and by all accounts actually looks rather good.

Of course, that all depends on Microsoft not screwing it up, which is dangerously close to becoming a reality. They created, then immediately cancelled, the Microsoft Kin, which itself was a competitor to Windows Phone 7. Worse, though, was the underlying reasons for this, which have been revealed in all their inglorious glory over on Engadget (well worth a read).

It’s proof, if proof were needed, of how bloated, fractious and cumbersome Microsoft has become, with political infighting seemingly more important than beating the competition.

But I digress. Sony Ericsson’s new phone is currently codenamed the Sony Ericsson Jolie. What can we expect from it?

According to the latest rumours, the Jolie will feture a slide-out QWERTY keyboard (why can’t they fit the X10 with one of those?!), 1GHz+ CPU, and a similar size to the X10.

And, er, that’s all we know! Which is a shame, as I’d like to know how well it stacks up against the Android-based X10. 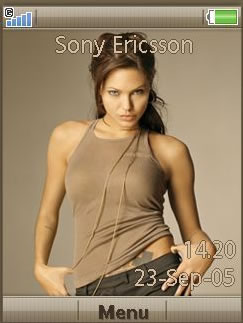 Speaking of which, if Sony Ericsson do release the Jolie with Windows Phone 7 installed, it’ll be fascinating to compare the Jolie and X10 side by side, to see how Microsoft’s new OS compares directly with Android.