The Motorola MILESTONE XT720 being reviewed here is the latest in a seemingly never-ending array of Android phones from Motorola. Confusingly, Motorola now have three very different MILESTONE phones on sale, each with slightly different names. More confusingly still, those version names follow no predictable sequence. so we have the MILSESTONE, the MILESTONE 2, and now the MILESTONE XT720!

Where does the MILESTONE XT720 sit? Are its features better than previous MILESTONEs, and how does it compare with the competition, the Sony Ericsson Xperia X10 and Samsung Galaxy S?

Let’s find out, with our in-depth Motorola MILESTONE XT720 review. 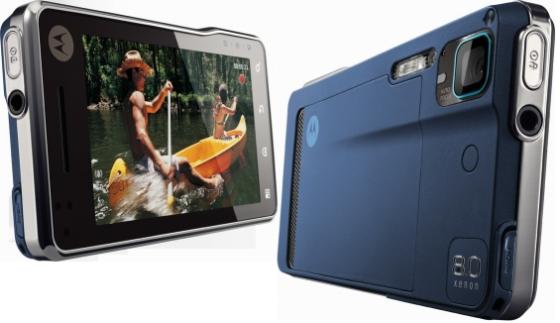 Originally sold in South Korea, where it was amusingly named the Motorola MOTOROI, the Motorola MILESTONE XT720 is a high-end Android phone with sharp 3.7″ touchscreen display, some excellent multimedia features including an 8 megapixel camera with Xenon flash, and a slightly odd looking design, with one part of the lower right of the phone bulging out slightly.

The software used in the phone is Android 2.1, which is a powerful and impressive mobile OS (although not the latest version), but curiously, it’s just the stock Android OS – there’s no customization at all.

At first sight, this is a bit odd, as all of Motorola’s Android phones until now have featured the company’s own skin. Called MOTOBLUR, it’s a very well received user interface that sits on top of Android, and which aggregates all your messages and social media status updates into one very easy to use application.

With the MILESTONE XT720, though, MOTOBLUR is omitted. 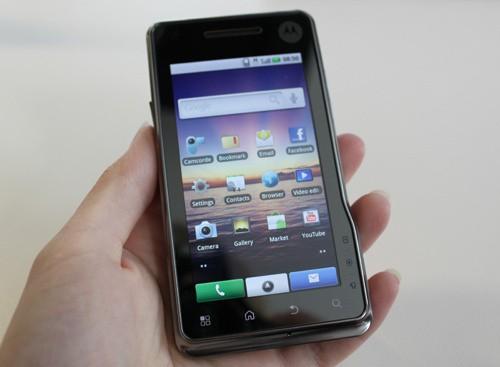 When I began writing this review, the processor speed was clocked at 550MHz, and I thought this was the reason the XT720 had no MOTOBLUR interface. However, a little digging reveals the MILESTONE XT720’s little secret:

Motorola have just released a firmware update that boosts the speed to a much more respectable 720MHz (the same as the phone has by default in the US).

Tinkerers should also note that you can boost the speed further by overclocking the processor to a whopping 1200MHZ, though this might actually damage the phone (and will certainly invalidate the warranty!). 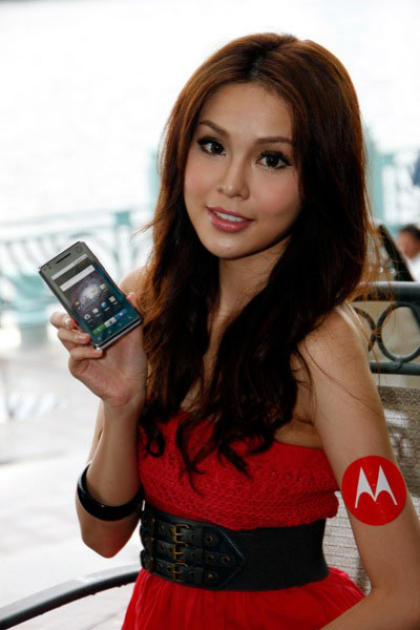 This speed increase makes the XT720 a much more attractive proposition, (as do the deals on offer for it), as its user interface is now genuinely responsive.

So with the processor sorted, the XT720, with its stock Android 2.1 interface, seems like it could be a Google Nexus One with a better camera. Let’s see if that’s the case.

What you’ll love about the Motorola MIILESTONE XT720

The XT720 has been packed to the gills with some excellent features. Just check these out:

As you can see, the XT720 really shines when it comes to multimedia. The 8 megapixel camera is brilliant in low-light, as the Xenon flash will capture pics even in total darkness. video recoding is good, at 720p, while the HDMI-out means you can watch your videos on your HDTV, which is a great addition. 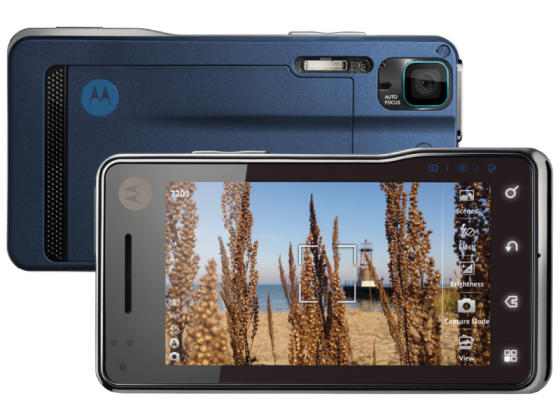 Perhaps the best feature of the XT720, though, is its music player. You can plug standard headphones into the phone, search for your tunes using a very attractive and intuitive CoverFlow-like app, and then listen to your tunes in crystal celar quality.

If you’ve never really thought about sound quality when it comes to your mobile phone, then try listening to music on the XT720 and compare it to the same tune on your current phone – the XT720 will blow it away, it really is that good.

So if it’s the best-sounding Android phone you want, go and buy yourself an XT720 now.

And now for the bad news

With the issues of the processor speed sorted, the XT720 acts a lots better than you’ll see in some videos reviews. Where the user interface has been described as slow and unresponsive, now it’s actually reasonably smooth.

So performance is not a problem, as long as you have the firmware update installed.

However, there are other issues. Despite the camera’s 8 megapixels, for example, and the genuinely good xenon flash, the pictures themselves are disappointing, as the on-board software over-softens the image. The detail of the photo isn’t as sharp as it should be for an 8 megapixel camera, and you’ll find some 5 megapixel cameras performing better, despite their lower pixellage.

In addition, the user interface itself is a little disappointing. Although based on Android 2.1, which was only released at the start of 2010 with Google’s own Nexus One (was that really just 10 months ago?!), the fact that it’s not customised at all feels a little, well, lazy. Just check out what HTC achieved with their Sense user interface, and you can see the real potential in customizing Android.

Finally, although there’s a fantastic Xenon flash for the camera, there’s no video light, which rules out shooting video in low light.

Here are some video reviews so you can see the phone in action for yourself and make your own mind up (remember, these reviews are using the original XT720 clocked at 550MHz, not the faster version with the updated firmware).

Should you buy the Motorola XT720?

The Motorola XT720 could have been a great phone, but with stock Android interface, it’s unfortunately not. If you compare it to the likes of the HTC Desire, Sony Ericsson Xperia X10 and Samsung Galaxy S, each of which has a superior interface to the XT720, then it looks a little bland in comparison. 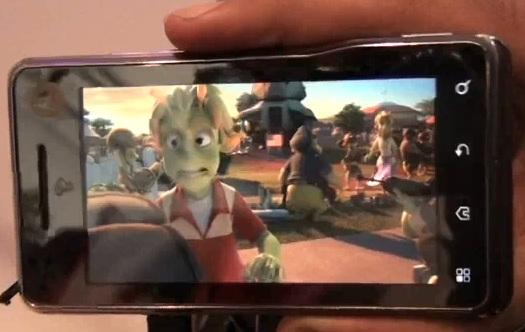 That said, its multimedia abilities are excellent, particularly its music playing abilities, and it’s a lot cheaper than the Desire, Xperia X10 and Galaxy S, and so it’s excellent value for money.

So if you’re looking for an Android phone that play tunes brilliantly, will take good, if not great, photos, and can plug into your HDTV – all for a bargain price – then give the Motorola MILESTONE XT720 a try.

If you want a better performing Android phone, though (albeit a bit more expensive), check out the Samsung Galaxy S or HTC Desire.