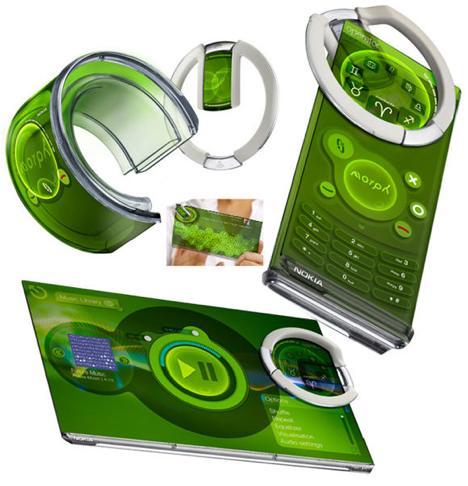 Nokia has released a video showing what it sees the mobile phone of 2015 will be like. It won’t be like this pic – that’s just a concept phone from last year – but it will be shiny, sleek and sexy. Perhaps the biggest change from today’s phones will be the way it integrates with the world around it through services and software. To enable this, Nokia are currently working on a huge range of services and software that will help your device learn about your preferences and present them whenever you need them.

Hang on a minute, though – that would have sounded nice and futuristic back in 2007, but anyone who’s used an Android phone, iPhone or Palm Pre recently will instantly be familiar with this scenario. That’s not a vision of the future, that’s the vision of a touchscreen smartphone with Google’s apps installed!

Check out the video yourself after the jump and see what you think.

All of this seems reasonable enough. However, most of this is going to happen a lot sooner than 2015.

For example, my G1 Android phone has an app that already features augmented reality. Called Wikitude, I simply point the camera at an object, and an icon pops up showing me a photo of it. Touch the photo, and I’m taken to Web sites (usually Google or Wikipedia) that tell me more about it, along with pictures and other info. It’s not that great a leap to go from places to people’s faces.

Google already stores all of your data in the cloud – its own data centers. That’s what makes accessing Google via your phone so incredibly useful. Better still, because your GPS-enabled phone knows where it is in space and time, what direction it’s pointing in and even how fast it’s moving, the apps on an Android phone can be super-personalised – just check out the new Google Maps, Street View and Latitude features on Android 2.0, coming soon in the Motorola Droid.

As for phones with projectors – Nikon already sell a camera with a built-in projector, so it won’t be long before they’re squeezed into mainstream mobile phones.

The whole world’s not Nokia

I also take issue with Nokia providing all of these services itself. Only Apple and/or Google has the power to achieve this – Apple because it’s brand is loved so people won’t mind giving it so much control over their lives; and Google because its technology is so good it’s just too damned useful not to!

But Nokia? Great with handsets, but as their Comes with Music service has shown, people just don’t see them as a company offering services or apps.

In short, it’s a good vision of the future of mobile phones, but it’ll all happen by 2011 at the latest. I also think Nokia should open up a bit and not to try to take on the world! It doesn’t need to control everything – open up the phones and services, let other people develop apps on an open system, and stop trying to take on the likes of Apple and Google.

And realize that if it sticks to its vision for 2015, it’ll be four years late to the party when it eventually arrives!

Just my opinon. Feel free to add yours in the comments below.