Google is developing its own Android phone, unlike anything on the market today. That, at least, is the latest rumour, which is growing in strenght daily.

A few weeks back, TechCrunch claimed that “…Google is building their own branded phone that they’ll sell directly and through retailers…The phone will be produced by a major phone manufacturer but will only have Google branding.”

Why would Google enter the hardware business? Why would it choose to compete directly with other Android phones from manufacturers such as Motorola, LG, Samsung, HTC and Sony Ericsson? Why take on the likes of Apple and Nokia directly?

And just what has Google got in store for us with its own custom-designed Android phone?

Read on after the jump for a few ideas of what Google’s up to. 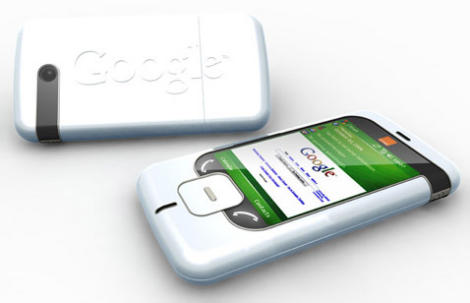 Current rumours of the Google phone

TechCrunch is very confident in the rumour that Google is definitely working on its own Android mobile phone, and that Google is dictating every last detail of it. Furthermore, they suggest all the Android devices released so far have been just a “warm up to the Google phone.” Gizmodo have recently confirmed the story as well with their own sources, again claiming that the version of Android in Google’s phone will be different from that we’ve seen so far form other manufacturers.

Weaker rumours suggest LG are building it, and that it might be a data-only VoIP phone, relying heavily on Google Voice – in other words, it won’t use the mobile operator’s voice network, just their data network (and Wi-Fi, where available).

If this is true, it’ll revolutionize the telecoms business, as telcos charge a flat fee for data no matter where it’s sent to or received from, so they won’t be able to charge extra for spurious services such as calling phones on other mobile networks, or roaming charges.

So calls (and texts) will essentially be free, covered by the flat fee you pay for data on your phone.

That’s where the rumours end.

But a bit of speculation never hurt…! 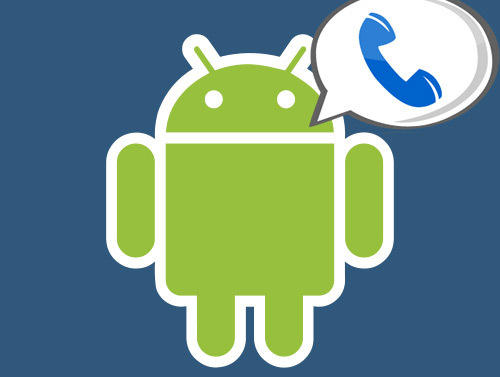 What Google’s really up to

I spoke to a Google Android development manager at the Google I/O developer conference last year, and asked him why Google were releasing their mobile software (principally Google Maps at the time) for both Android and the iPhone. I thought this an odd strategy, as Maps was clearly a killer app that if restricted just to Android phones, would give Android a competitive edge over the iPhone. 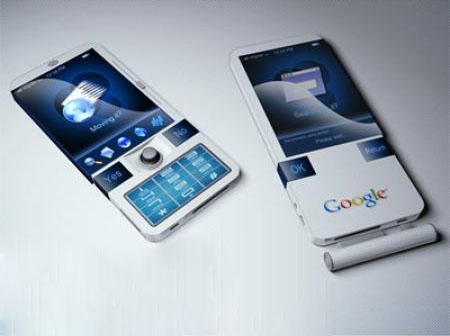 It didn’t matter whether it was via a Google phone or not – any phone would do, just as long as it offered a good Web browsing experience. Whether people used the Web on an Android phone or an iPhone, Google still won. By offering Google Maps and their other software on both Andrord and the iPhone, they were simply hedging their bets.

But now things have moved on a little. People are now firmly hooked on the idea of the smartphone, mobile Web browsing and apps. Accessing Google wherever and whenever on whatever phone is so ubiquitous, most people don’t even notice that they’re doing it.

So why the need to create a Google phone? 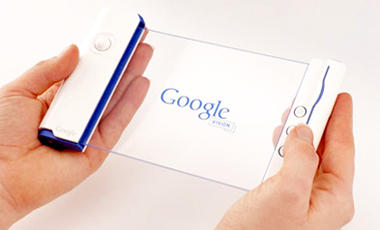 Google needs data. Countless exabytes of data to achieve its mission of organizing the world’s information.

Currently it uses data from Web sites, from links, and from dozens of other Web-based sources to ensure its search engine is better than its competitors.

But what if it used data from outside of Web sites? Data that’s more personal to you, to help make the results it pulls up more relevant to you – and only you?

Data from the way you use your mobile phone, for example.

Think about it: all the conversations you have, with whoever you have them, whether they’re personal or business-related, all sent as data from your phone. All the connections you have with people and companies, all known by Google. Add to this your location, which Google already knows thanks to the GPS built into smartphones, and that’s a scary amount of data at the company’s disposal!

But what could it use it for? Here are a few examples:

How the Google Phone will help you – and Google

Need a plumber? Ask your phone

Suppose you recommend a plumber in your local area to your friend. Suppose the same plumber is mentioned a few times by other people in the same neighbourhood as you. By matching your respective locations, the plumber’s name and words such as “he did a great job”, Google will know that this is a trusted plumber who does a good job in your area.

So when your neighbour Google’s “Plumber”, who do you think will appear first?

Sure this would require impressive voice recognition technology, but Google will have millions of samples of voice at its disposal – and if there’s one thing Google knows how to do well, it’s extract meaningful data from huge data sets.

Speaking of voice recognition, another thing Google’s been desperate to do well is to index its YouTube videos. They want you to be able not only to find a video relevant to your search query, but to jump straight to the part of the video that contains the info you want.

Voice recognition can do this, but again, only with technology that’s sophisticated enough to understand spoken words from across the world’s thousands of different dialects and accents. Google will od this by analyzing your voice and using that to train its voice recognition software.

Mate Rank – ranking your friends and finding your BFF

Think of how personal search could become if Google could track all your interactions with your social circle. It could effectively rank your friends according to who you spoke to most and who you spoke to the longest.

If your friends also had Google phones, you could also rank them according to specific topics, so you could see who was more knowledegable about specific topics. Phone a friend made much more accurate, as you know who to ask about any topic.

Obviously some (ok, all!) of these ideas are wild speculation on my behalf, but I’m convinced it’s voice data that’s the ultimate goal for Google, both to improve the relevance of its search engine algorithms, and also to extend its reach in search to media other than text.

With the Chrome browser, the new Chrome OS operating system due next year, and now a new Google Phone, 2010 is looking like a mighty exciting time for planet Google – and quite possibly a scary one for humans!