We’ve put together a list of 10 of the best smartphones of 2009, and chosen one winner, to help you make your choice this Christmas just that little bit easier.

And if you’re not convinced by our recommendations, check out our Smartphone Buyer’s Guide to see what essential features you should look for, then have a look at what smartphones are on offer at the moment – many at crazy prices as the mobile phone stores compete mercilessly for your hard earned cash!

Check out our 10 best smartphones after the jump.

All of the smartphones below have the ten essential smartphone features that we list in our Buyer’s Guide. In addition, they also represent great value and are best in their class.

What class is that? We broke them down according to platform, as that’s where people’s loyalties seem to lie for smartphones.

Android saw a huge number of phones released throughout the year. The contenders include:

The Hero has to be the winner, not only because it’s such a cracking smartphone with an achingly good looking interface, but also because of the terrific value it represents – you can buy the HTC Hero for free from just £20 a month.

The Motorola Dext is also a close contender, though, and could have the edge if you particularly like your smartphones with physical QWERTY keyboards.

The iPhone is the dominant smartphone platform at the moment, yet has only one manufacturer supporting it (which is something of an understatement!) – Apple. Currently, you can choose from four different models, all of them a variant of the iPhone 3G S!

The Palm Pre was perhaps the surprise of the year. A beautiful looking smartphone with fantastic interface, and an apps platform that’s super-easy to develop for. The Palm Pre was touted as the first true iPhone killer – for all of 3 weeks until the HTC Hero came along and showed what Android could do! Still a glorious looking phone though.

Windows Mobile has been going out of fashion faster than post-XFactor JEdward hype. That still hasn’t stopped the likes of Acer, HTC, Toshiba, LG and Samsung, who between them currently have 24 different Windows Mobile phones on the market!

But which is best? We liked the following:

The HD2 is so good, no other HTC gets a look in. Which is a shame, as apart from the Toshiba TG01, no other manufacturer’s Windows Mobile phone is worth a look! So apart from Toshiba, in the world of Windows Mobile, it’s HTC or nothing, and if you’re going to go for the best, it has to be the HTC HD2.

That said, if you really were going for the best, you’d never choose Windows Mobile in a million years! 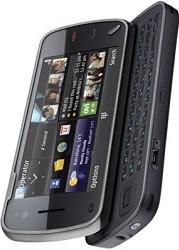 A much easier decision this, since there’s only one Symbian smartphone being actively promoted in the UK market: the Nokia N97.

This is a shame, as it’s also an awful smartphone! It’s a reflection of the dire state of the Symbian market that Nokia are the only manufacturer with a significant range of Symbian devices, only one of which is a smartphone (I’m not counting the N97 Mini), and that one is truly awful!

So, the N97 is the winner, but not the kind of winner I’d ever want to be! 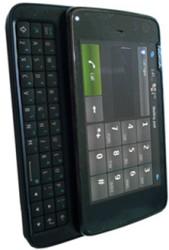 Right, that’s the majority of the platforms taken care of. Just one or two more to look at before we award our winner.

Some other smartphones worth considering include:

The best smartphone of 2009

2009 has been an amazing year for smartphones. So good, in fact, it’s put the classic “feature phone” firmly in the past. As the sun sets on the noughties, it’s the smartphone that’s emerged triumphant, and which will take us into the brave new world of 24/7 Web connectivity.

Choosing the best smartphone of 2009 is a tough call to make. Of the 10 listed here, it comes down to the following three:

And of these, the award for the best smartphone of 2009 goes to…

Android rocked my world this year far more than any other platform, and the HTC Hero is currently the best Android phone on the market.

It could do with being a tiny bit faster, but that’s its only drawback. With its superb Sense user interface and super-cool Android under-pinnings, HTC showed everybody just how good Android can be as a smartphone platform.

So congratulations, HTC – a stunning smartphone, and I for one can’t wait to see what you release in 2010!