Google’s new Nexus One Android phone is set to be officially announced on January 5th. But who can wait that long? Not French bloggers Nowhereelse.fr, who not only got hold of one, they also helpfully recorded a 10 minute video review of the Nexus One.

Details of the Nexus One are being leaked thick and fast. Now finally having had a chance to look at it, it’s looking like it really could live up to its hype. The user interface is super-slick, and the speed is simply incredible. HTC (the Nexus One’s makers) have really pushed the underlying 1GHz Snapdragon chip to the limits, letting Google’s Android team be as creative as they want with the interface.

Check out more details and the full video review of the Nexus One after the jump. 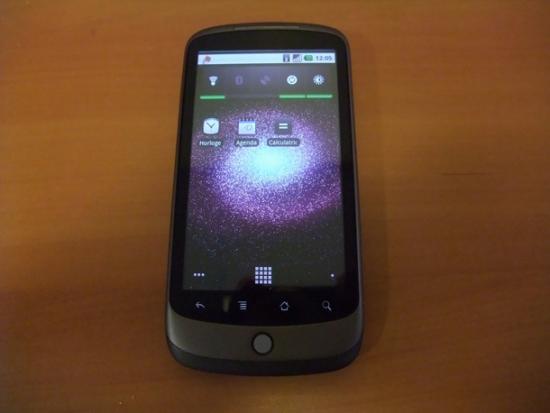 I know you’re eager to jump right into the video, but before you do, look out for the following features:

Overall, the Nexus One is looking like it’ll set the new benchmark for what other Android handsets should deliver. And maybe that’s the point? The first Android phone, the G1, was itself a benchmark phone, setting the bar reasonably high but with enough headroom for other manufacturers to make their Android phone even better.

With so many new Android phones on the way, the danger is that all Androids will look the same leading to little innovation – just like what happened to Windows Mobile.

But with Google stepping in from time to time and releasing its own phone, it’s effectively saying to the manufacturers: “look, this is the new benchmark. Step it up a gear with your own phones!”

Makes perfect sense – after all, Google at heart is a search engine company, so if it can develop Android phones that are better than those developed by the major phone companies, it’s a pretty strong impetus for them to raise their own game. And if Android is really to become a genuine rival to the iPhone platform, strong competition and innovation is exactly what’s needed.

Right, enough of the speculation, check out the new Google Nexus One for yourself!