Google’s Android has been everywhere in 2010, not just thanks to Google’s own Nexus One Android phone, but also with the huge number of Android gadgets that were released at CES 2010 this week. From tablets to phone to microwaves, wherever you looked, it was powered by Android.

This might just explain why rumours of the 4th generation iPhone are now surfacing, as Apple fan boys (if not Apple themselves) seek to regain some of the hype from Google.

So what do these rumours suggest? Check them out after the jump. 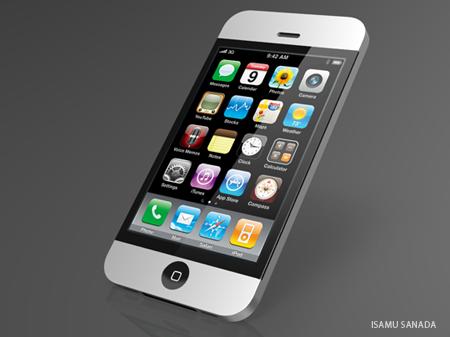 The rumours, as ever, are unconfirmed, but they do come from the Korea Times, which is a respected Korean publisher and not just the random rantings of a lone Apple blogger. As such, although they could easily be wrong, they shouldn’t be lightly dismissed either.

So, what have we got? According to the rumours we can expect:

None of this should come as a surprise, as it pretty much describes some of the phones coming out of CES 2010 this week. It’s never the features that define the iPhone, though – it’s what Apple does with it that matters, and in particular, with the much better hardware that they’ll have available.

For example, with a faster dual core processor and enhanced graphics chips, there’s real scope for some superb new interface additions. Equally, the better video and camera are sorely needed, particularly with Sony Ericsson’s Android-based X10 just around the corner, which comes with an 8 megapixel camera.

Finally, the removable battery is also needed, not only to appease iPhone owners who can’t get through a day without recharging (bringing a spare battery is sometimes essential if you’re a power smartphone user, and that’s just not possible with an iPhone), but also to keep the iPhone up to date with the latest in cordless battery charging technologies from the likes of PowerMat.

PowerMat have already developed an Android battery that lets you charge your Android phone wihtout plugging it into the wall. Similar batteries are also being released for other makes of phone and the Nintendo DS. Once this takes off, imagine how old fashioned the iPhne would look if you still had to plug it in to charge it. This is a smart move from Apple, even it does come three years too late!

But perhaps the smartest move is the recognition of Android as a genuine contender to the smartphone crown. With Windows Mobile having run out breath, Nokia in denial with its now-outclassed Symbian OS, and the whole world desperate for better and better smartphones, the race is on to become the top dog.

As all phones quickly become smartphones (a strategy Samsung is pushing explicitly with its Bada platform), whoever has the best smartphone platfomr has the opportunity to take not just the smartphone market, but the whole mobile phone market.

Google laid down the gauntlet with the Nexus One, and it looks like Apple is now readying its response with the 4th-gen iPhone. If rumours are true, we’ll see it in April 2010. Steve Jobs’s keynote on January 26th might be all about the iSlate, as everyone expects, but keep an eye out for that “one more thing”!