The Sony Ericsson Xperia Arc is the company’s latest flagship Android device, and it’s been captured in this ratehr lengthy video review. The Xperia Arc is glorously thin with a beautiful design that’s simply stunning. Sony Ericsson have equipped it with Gingerbread, the very latest version of Android, and have also reduced the Timescape and Mediascape apps that featured heavily in the old Xperia X10.

The benefit of this is a much faster, much more responsive interface that not only looks good, it’s actually good to use!

But there’s more to the Xperia Arc than just a fancy exterior and a swish new user interface. 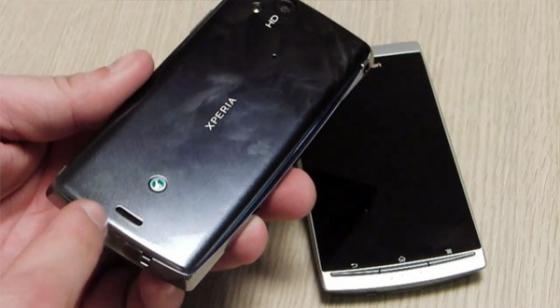 In a sign of growin gconfidence, Sony Ericsson has also endowed the Xperia Arc with Sony’s Mobile BRAVIA Engine for a super-clear display and the Exmor R camera sensor that Sony uses in its dedicated digital cameras for superb photos.

The result is a fantastic Android phone that’s beautiful to look at, extremely repsonsive, on the cutting edge of Android, and with hardware features that are at least as good – and in some cases better – than any of its competitors.

If this was released six months ago, it would easily have taken the title of best smartphone of 2010.

Unfortunately, it’s not due for release for another few weeks, but it’s the first in a whole range of new Android phones from the company, and it’s a real sign that the company is coming back witha strong challenge for 2011. With the launch of the Sony Ericsson PSP phone jsut around the corner, and new models to be announced at MWC2011 in a few weeks time, Sony Ericsson really has raised its game, which is great to see.

Right, here’s the video review I mentioned! You might want to grab a coffee first, as its nearly 12 minutes long!