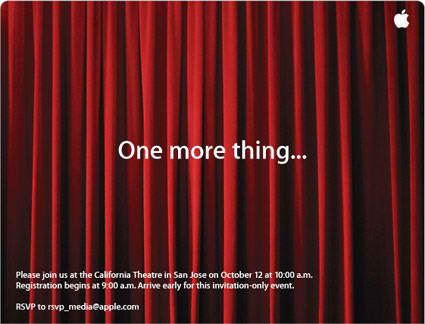 You didn’t think Apple was going to site idly by and watch as Android Honeycomb ate its lunch did you? Having been quiet during the madness of both CES and MWC, Apple is preparing for its own product launch for 2011 on March 2nd, with the iPhone5, iPad2 (although some are calling it the iPad3, claiming Apple has skipped a generation in response to Honeycomb!), and even a new MacBook Pro all on their way this year.

I doubt that all of these new devices will be launched on March 2nd, but the iPad2 is a certainty, and I can’t wait to see how it stacks up against the likes of the Motorola Xoom and Samsung Galaxy Tab 10.1.