Right now, you can buy a mobile phone with a free PS3 thrown in for less than the cost of just the phone when it first went on sale less than a year ago. This amazing deal, and others like it, only happens once or so a year, and it won’t be on offer for long, but if you’re looking to buy a new phone, right now is exactly the time to buy!

You see, the mobile industry has just had its biggest event of the year – Mobile World Congress (you might have heard of it!). Dozens of new phones have all been launched in a blaze of publicity, all set for sale on retailers’ shelves in the next few months.

There’s just one problem – last year’s phones, some only a few months old, are still sat there waiting to be sold. The retailers have to get rid of these phones before this year’s phones are due in, so there’s only one thing they can do – slash the prices and bundle last year’s models with tempting free gifts at ridiculous prices!

So this is the perfect time for you to buy a new phone and get anything from a PS3 to a laptop thrown in literally for free – and it’s also the perfect time for me to begin a new range of posts I’ve been wanting to write called Free Gift Friday, in which I pick a particular gift or phone and find the best deals on offer!

So to begin the first in this new series of Free Gift Friday (I know it’s Saturday, but I promise the next posts in the series will all be published on a Friday!), I’m focusing on the best phones on offer with a free PS3 throw in. If you want to be notified of the next Free Gift Friday posts, sign up to my newsletter (at the bottom of this post), or follow me on Twitter.

OK enough talk, check out these mobile phones with free PS3, and go and grab yourself a bargain! 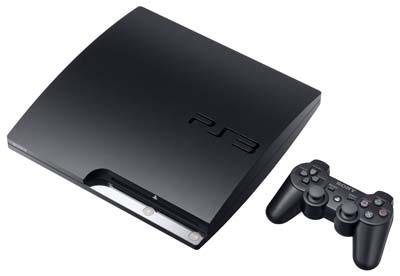 Android phones with a free PS3

If you want an Android smartphone with your free PS3, take a look at these offers:

HTC announced the new HTC Wildfire S at the MWC mobile conference last week, which means that this, the 2010-model HTC Widlfire is now being sold at ridiculous prices to get it off retailers’ shelves.

So you can now buy an HTC Widlfire plus get a free PS3 Slim thrown in, all for just £25 a month – which is what the Wildfire would have cost you when it was first released last year. So this genuinely is a deal with a free PS3!

The Wildfire is an Android phone that offers many of the same features of top-end Android phones (e.g. apps, compass, GPS, touchscreen, etc.), but without the high-end price tag. If you want an Android smartphone but really don’t want to pay a high price, this is the perfect phone for you, as you get the full Android experience, a free PS3, and all for just £25 a month.

Check out the HTC Wildfire plus Free PS3 deals >>

The HTC Desire was one of the first superphones when it was launched just a year ago. With its 1GHz processor, Android Froyo 2.2, free voice guided SatNav, 8 megapixel camera, 720p HD video recording, WiFi and the beautiful HTC Sense user interface, the Desire is fast, gorgeous and crammed full of features.

This time last year, you couldn’t buy a better smartphone. Now you can get the Desire with a free PS3 Slim for just £40 a month.

Check out the HTC Desire plus Free PS3 deals >>

The Galaxy S is one of the big beasts of the Android world. Featuring the fastest processor of any phone from 2010 (the 1GHz Samsung Hummingbird), the Galaxy S tears through any task you throw at it, while its Super AMOLED screen is arguably the best screen of any phone on the market (at least until the new crop of 2011 phones arrives!)

The Galaxy S truly is one of the best smartphones on the market, but its days are numbered, as its successor, the Galaxy S II, is just about to be released. If you really want the best, wait for the Galaxy S II, which should be launched in around a month’s time.

But if you want the best from 2010, and you also want a free PS3 Slim thrown in, then get the Galaxy S for the same price, giving you once more a genuinely free PS3!

Check out the Samsung Galaxy S plus free PS3 deals >>

The Xperia X10 was the first Android phone from Sony Ericsson, and with a brand new user interface on top that pulls in all your social media messages, it looks different from every other Android phone on the market.

Sony Ericsson really went to town on the X10, equipping it with a host of top-end features, including an 8 megapixel camera, 1GHz processor, 1GB of RAM and an 8GB memory card. Now with Android 2.1 on-board, the X10 has been reborn, and is much faster than when it was first released (amazing what an updated Android can do!).

Best of all, though, it’s soon to be replaced by the Sony Ericsson Xperia Arc, meaning you can buy this great smartphone with a free PS3 for just £35 a month, which is actually cheaper than the X10 launched at on its own!

If there’s one deal amongst this list that represents great value for a great phone, it’s this one. £35 is a fair price for the phone alone, but with a free PS3 thrown in, it’s a genuine bargain.

Business Phones with a free PS3

It’s not just smartphone that are on offer – all manner of business phones have been bundled with a free PS3 (presumably so your work can pay for the phone while you sit back and enjoy the PS3!)

The Blackberry Curve 8520 is the business-person’s dream. A full QWERTY keyboard lets you create messages in seconds, and then fire them off to whoever needs them via email, text or instant messenger. The Blackberry Curve is one of the best-selling business phones for good reason – it does everything you need it to do at work extremely well with the minimum of fuss.

Your work email is pushed to you as soon as it’s sent, so you’re always aware of what’s happening at work. The Curve will work over a 3G network or WiFi, and can even sync with iTunes so you can listen to your tunes when you’re on the move.

But life shouldn’t be all about work. You want to come home and relax a little. That’s where the PS3 comes in! This cracking deal offers a BlackBerry Curve for work and a PS3 Slim for pleasure, all for just £30.

Check out the Blackberry Curve and free PS3 deals >>

The Nokia C3-00 is one of the best-selling QWERTY business phones on the market, simply because it offers extremely easy to use communication features at an exceptionally low price. Looking very similar to the Blackberry Curve, but in a more muted grey, the C3-00 will also push your email messages to you, as well as offering tight integration with Facebook. It’s even got WiFi support, GPS and Nokia’s Ovi Maps, making it a great all rounder.

(or get the same deal in pink if you prefer!)

Never one to miss a trend, Samsung has also launched a QWERTY phone with very similar features to the Blackberry Curve. The Samsung Chat is very similar to the Nokia C3-00, but it’s just £25 a month with free PS3 (although that is for a 24 month contract).

Check out the Samsung Chat and free PS3 deals >>

Classic Phones with a free PS3

Finally, here are some classic phones.

Nokia’s been having a hard time of it lately, with falling sales and increasing competition. But that just means you benefit, as the company is offering a wealth of sweeteners to encourage you to buy its phones!

As smartphones go, the C6-01 isn’t the best of the bunch, but at just £30 with a free PS3 Slim for a phone with an 8 megapixel camera and HD video recording, it’s certainly one of the best bargains out there at the moment!

The Sony Ericsson Spiro is a cute music phone with a variety of features that help you get the most from your music. There’s TrackID, which will automatically find the name of any tune you hear on the built-in FM radio, a Sony Walkman app with cracking visualizations, and speaker that’s been designed for playing music, not just ringtones!

It’s a phone that any music-loving teen will love, so it makes the ideal birthday gift while simultaenously giving you a free PS3!

Check out the Sony Ericsson Spiro plus free PS3 deals >>

Links to other free gift deals

These deals represent the best on offer around the Web this week if you’re after a free PS3 with your new phone. But don’t worry – there are loads of other phones that come with a free PS3 as well, so if you don’t see the phone (or the price!) you want from this list, just check out the following links:

And don’t forget, there are tonnes of other free gifts on offer as well, from hair straighteners to complete deals with a 32″ HDTV, PS3 and PS3 Move, all bundled up as one free gift!