What’s that? You want a Sony Ericsson flagship Android phone with the swanky BRAVIA screen and kick-ass 8 megapixel camera? The super-thin one with the beautiful looks and shiny super-repsonsive interface? Oh, and you want it really cheap on a 12 month deal, ‘cos you know you’ll want an even better smartphone this time next year.

Well have I got a deal for you! 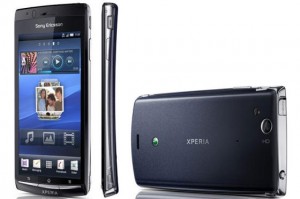 The deal of the week

You might need to sit down before you read this.

Right now, you can buy a brand new Sony Ericsson Xperia Arc on a 12 month contract and get the first 6 months absolutely free for just £30 a month!

Where’s the catch? There is none! Check this out:

For the mobile etailers, though, it means they’ve got to shift their stock of original Xperia Arcs quickly – hence this super-cheap deal.

And the Xperia Arc is still a peach of a smartphone – just check out my original Xperia Arc review.

If you’d rather get your Arc for even less per month, then pay £49.99 up front and you can get the Xperia Arc on a 12 month contract for just £20 per month.

That’s a ridiculously low price for such a powerful smartphone.

At this price, you can afford to buy the Xperia Arc as a second phone, or just to see if Android is the right mobile OS for you.

Hurry, though – the deal’s only on while stocks remain.

If you’re tempted, check out the full range of deals on offer now.