NFC is contactless technology that’s set to turn your mobile phone into a mobile wallet. Already the Google Nexus S has an NFC reader built-in, and it’s rumoured that the iPhone 5, due later this year, will as well. At the moment, though, you might be wondering what you can do with the NFC reader in your Nexus S. NFC will let your phone read data from phsyical objects, but only if those objects have NFC tags embedded within them.

No tags means nothing to read, and so you’re left with a device you’re itching to try out, but nothing to try it out on – oh, the frustration!

Fortuantely, Sony’s here to help you. 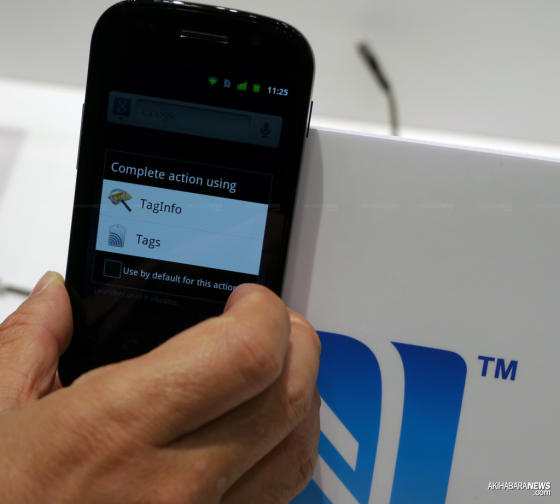 In addition to contactless payments, NFC will also let you interact with your environment.

For example, you can swipe your phone over a poster to see a Website giving you more details on the product it’s promoting. Or swipe it over a train timetable to have the whole timetable downloaded as a PDF onto your phone. Whatever action you want a physical object to trigger in your phone, NFC can enable it.

Or at least it could if we were awash with NFC tags that your phone could read! But aside form your credit card or Oyster card, where are these tags?

Recognizing that NFC tags need to be small and cheap if they’re going to be embedded in posters, Sony has somehow magically invented NFC stickers that you can literally stick onto any object, which your phone can then read.

These stickers are compatible with Japanese mobile phones (contactless payments are huge in Japan) and also Google Android Gingerbread 2.3, meaning your Nexus S will be able to read the stickers as soon as they go on sale.

So if you were wondering exactly what to do with the NFC feature of your nifty new Nexus S, worry no more – Sony’s NFC stickers are about to wire up the world!