The Samsung Nexus S, the new Gingerbread phone that Eric Schmidt was showing off the other day, might have a remarkable new display that Samsung has recently developed. We already expected the display to be a next-gen version of Samsung’s Super AMOLED screen tech, but now we’re hearing reports that the sceen doesn’t just look better than the Galaxy S’s – it’s also curved.

As we reported earlier, Samsung seems to have perfected screens that curve and bend. Although we’ve seen demos of foldable screens, the initial screens set for the Nexus S aren’t anything nearly as flash, and nor are they as outrageous as the screens in the pic below.

Instead, the Nexus S is concave on the front, which nicely demonstrates the power of the technology to other manufacturers in a very subtle way. 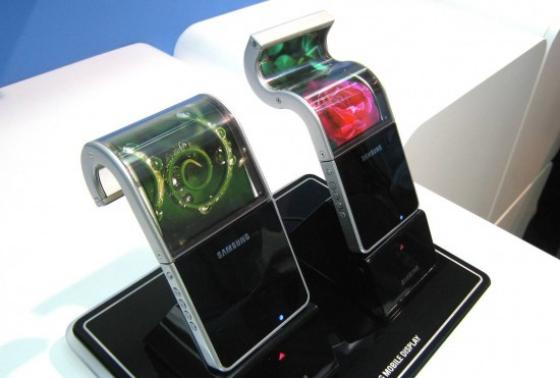 Bendable phones on the way?

This sounds like it could be the beginning of yet another revolution in the mobile phone market, with first curved and then bendable screens finally coming to market, with Samsung at the vanguard.

If this sounds too unrealistic, check out the video below to see these displays in action.

Clearly the Nexus S’s screen won’t be as bendy as this, but it gives you a taste of what’s just around the corner.

It also makes the Nexus S one of the most eagerly awaited phones of the year – and there’s been a fair few of them already! Don’t let us down, Samsung!